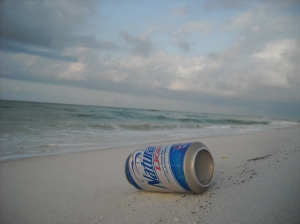 The debate between left and right is, at its conceptual basis, about how we relate to nature.  It is an old debate, known in the early conservation years as one between Preservationists and Wise-Use advocates.  That’s been waging for about 200 years in America.

But it has always been much deeper than policies and economics, hasn’t it?  Aldo Leopold put it simply:  How can I live on a piece of land without destroying its ability to renew itself over and over again?

That renewing quality is a complex thing, perhaps truly unknowable, though we try to understand how it works.  By accident or neglect we have learned what happens when ecosystems breach their carrying capacity, when populations are disrupted by over harvesting, or by removing keystone species like wolves or bears.  We know this, have witnessed it time and again.  We also know that if this occurs, the economic potential of that resource base declines or is used up forever.

No, this is not about the economy.  This is about how we view Nature: part of us or outside of us/us part of Nature or us outside of Nature.

That piece of toast you have at breakfast is a fine example of the debate.  It can be seen as a wheat commodity whose value is set in a global market and depends on demand—comprised of the mental/emotional gestalt of market purveyors at any point in time.  It can also be seen as the product of temperate air produced by forests half a world away that produce clouds and rain; soil organisms numbering in the thousands of species whose interconnected activities produce nitrogen, sulfur, and other elements plants needs to grow; of insects, butterflies and birds that pollinate and spread the seeds; and countless other elemental resources that go into making the stuff of production, delivery, storage and display (trucks, tires, electrical circuits, asphalt, cardboard for delivery, and refrigeration – all dependent on the elements of this earth – all made by processes that tick along and are observable but which are no longer observed by humans as a whole).  All this has become expected – a Right.  Yet if you stop, and stopping is a value-laden activity that requires will, then you readily see it…that all things are interconnected and not separate things to be bought and sold, used and discarded by you.  Therefore, a conscious being uses discernment to make choices not based on the market as its primary basis but rather on the totality of its impact on all, with the market factored in.  Otherwise we join with the unconscious or semiconscious who daily speculate with their own lives, yours and mine.

Think of it.  This is the debate…your thoughts?