I have joined Third Act Virginia

Listen to Bill McKibben below to learn more about how Third Act! is focused on Voting Rights, divesting big banks from investing in fossil fuel companies, and the principles that guide members of Third Act!

The Presidential Remarks on the Passing of the Voting Rights Act 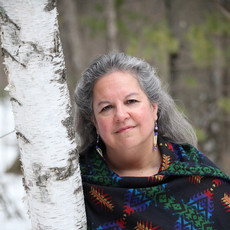 Robin Wall Kimmerer is a member of the Citizen Potawatomi Nation and a botanist who explains her knowledge of an indigenous worldview about plants with that of the western worldview. In that process, Kimmerer embeds whole Earth teaching along with botanical science. Here in this beautiful essay, ” Corn tastes better on the honor system” published in Emergence Magazine, is one of the author’s best teaching contrasting indigenous ways of knowing with western perspectives about the Earth. At this time in American history, it feels like a return to sanity. Listen. 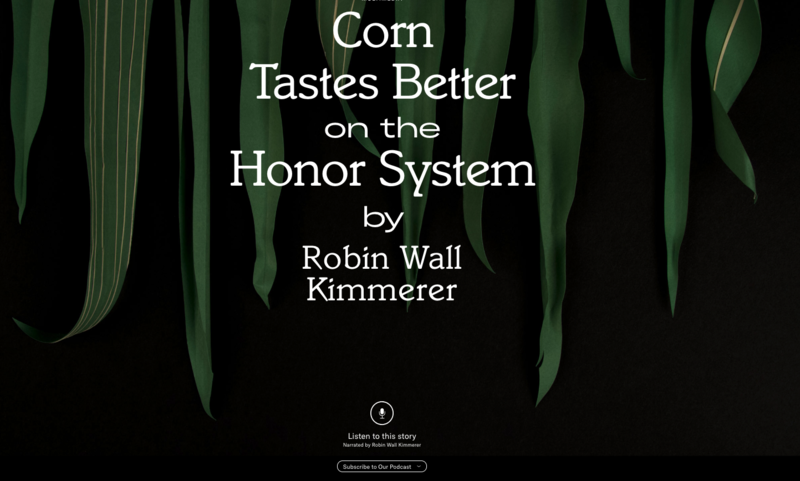 Robin Wall Kimmerer is a mother, scientist, decorated professor, and enrolled member of the Citizen Potawatomi Nation. She is the author of Braiding Sweetgrass: Indigenous Wisdom, Scientific Knowledge and the Teaching of Plants and Gathering Moss: A Natural and Cultural History of Mosses. She lives in Syracuse, New York, where she is a SUNY Distinguished Teaching Professor of Environmental Biology, and the founder and director of the Center for Native Peoples and the Environment.

The last few days’ reading Benjamin Franklin’s Autobiography have reaped insights into the time of the nation’s early days when colonists and then citizens were laying the foundation of what we would become.

Here is what Franklin observed from reading history in 1731; these are on page 76 in The Touchstone Edition of Simon and Schuster published in 2004.

“That the great affairs of the world, the wars, revolutions, etc., are carried on and affected by parties;

That the view of these parties is their present general interest, or what they take to be such.

That the different views of these difference parties occasion all confusion.

That while a party is carrying on a general design, each man has his particular private interest in view.

That as soon as a party had gain’d its general point, each member becomes intent upon his particular interest; which, thwarting others, breaks that party into divisions, and occasions more confusion.

That few in public affairs act from a mere view of the good of their country, whatever they may pretend; and, tho’ their actings bring real good to their country, yet men primarily considered that their own and their country’s interest was united, and did not act from a principle of benevolence.

That fewer still, in public affairs, act with a view to the good of mankind.”

Advocates for access to long-awaited shared solar in Virginia continue to plug along despite being jolted by a pair of policy setbacks this winter.

For one, they fear a $55 monthly utility customer fee proposed in mid-February will quash a nascent residential program set to roll out in Dominion Energy territory next year.

Then, on the heels of that announcement, the General Assembly opted to deep-six three measures designed to spur shared solar in rural Virginia, replacing that legislation with yet more studies on the topic.

The takeaway? The State Corporation Commission will likely be determining the fate of Dominion’s program while that same regulatory body guides the outline of future shared solar options in the countryside. Read the full article.

New Resource about Heat and Health. Sign up for webinars and links to follow on social media.

Also, check out this article by David Klepper Associated Press on the deleterious impact of climate misinformation.

See below also, my novel about heat and water issues in Tucson, Arizona. Learn how different cultures respond to living in hot places with limited water. Consider the wildlife affected by human induced climate and follow Duma, a jaguar in the Sierra Madre Plateau. We can solve this problem and live better.

The chart below shows the relative humidity and temperature and how they interplay to create lethal conditions such as heat stroke and death. See the second chart below which is in Celsius for recommendations to protect yourself.

Below is a similar chart in Celsius temperature readings. Scroll to the second page. SEE RECOMMENDED ACTIONS LISTED BY WET BULB TEMPERATURE.

Of Time and A River

I know the Colorado River where it flows through canals across sweltering fields of lettuce, and where it runs under highways, past skyscrapers and homes. It spreads over shallows where it rises into a cerulean sky to join with clouds.

Yet, the ghost of another river abides here, too.

My first encounter with the Colorado River occurred as I travelled over the Laguna Mountains in California into the Imperial Valley of southern Arizona. My body understood before my brain that I had entered a place of tight margins.

It was early March. I thought the region would be cool. As I reached the desert floor—a descent of 6,000 feet—the temperature rose and the balmy sea air from which I had emerged, dried into hot metal fumes off the hood of my truck. Air streamed hot and unfriendly past the open windows. Yet I was surrounded by a surreal sight of sprinklers throwing arcs of water over row upon row of broccoli and lettuce. Discovering farms in a desert initiated my long meditation on the conundrum of how 40M people came to live in a place where water is the limiting factor, where life balances on a sharp edge.

At the time I did not know that I was meeting the river itself.

In Yuma, Arizona I instructed children descended from the River People who were among my middle school students. Through them I learned the long history of human settlement along the river. For them history reached back thousands of years. Their culture observed the river’s spring floods and tranquil summer flow by moving to the hills when it flooded, returning as it receded to plant crops in the flood plains. They were expert fishers. Legends of people walking across the river on the backs of abundant fish persist in memory. They hunted game in the mesquite forests and among the reedy banks of the river developing a sustainable technology and material culture.

When the first Europeans began to explore the area, one tribe alone had an estimated 20,000 people living above and below what is now the U.S. – Mexico border. Today, desert people abide in and around current day metropolises of the American West. The old cultures knew how to live well on the land under their feet—knowledge that persists to this day.

Read about the history of the Cocopah Nation in Yuma, Arizona.

Fast forward to the 20th century. The United States sent John Wesley Powell to answer a question: “Could the West be farmed like the eastern half of the United States?” Powell made three expeditions to determine the feasibility of farming and city-making in dry lands. A scientist, he studied the watersheds, which was logical. He consulted native people, farmers, and cattle owners. His answer to the lawmakers was not popular. He reported that any development in the west should be done according to the watershed and a set of rules. Annual rainfall for replenishment of ground water would provide the limitations for growth. For example, if a farmer buys land in dry country, he should pay to bring that water to his enterprise and observe the natural recharge limits.

Powell mapped the available water sources. He had lost an arm in the Civil War making his accomplishments even more astounding, including navigation through the Grand Canyon by raft and boat when the Colorado was still running free and fierce.

Congress and colluding business tycoons paid no heed to Powell’s report (1879), lusting over the profits. They asserted that the country could prevail over nature, somehow, someway, with massive dams, canals, and all manner of concrete and steel. The river became the locked and labored one that I came to know. Now, a record drought, dwindling ground water, and water wars over a jerry-rig of litigation known as the Law of the River, exhibits their folly. Forty million people face a doubtful future.

What gives me hope is the knowledge that the Colorado River Indian Tribes exist today. Could they lead us out of this crisis? Help us reset to a new relationship with the river?

Over my years of meditating on “the water issue,” I have imagined that not too far in the future children bicycling through abandoned roadways, past forlorn and silent high rises, might ask their parents, “What place is this? What happened here?”

Preposterous, you say. What could be more so than what we created in a land where life exists in narrow margins? A river has a body and a spirit that is interrelated with ours and all living creatures that imbibe its life-giving waters. That is not fiction but science and lived experience. These principles can never be violated without consequences. Eventually the river dies and all life dependent upon it. Desert peoples observed, experimented and then fit their lifeways to the river’s way. That is what we must learn to do, using our advanced technologies to mimic nature’s circular systems that regenerate energy and recycle materials.

When I moved to Tucson, the first night there I attended a poetry reading by a Tohono O’Odham elder who described her childhood living in a one-room adobe far from the nearest river. Ofelia Zepeda’s nation captured water from rainfall during the summer monsoon. The people practiced “dry” farming in which no irrigation was available, only rainfall and gratitude. She told us how the old women pulled the rainclouds from the sky with their harvesting sticks. I was moved by her beautiful poems and stories.

Upon walking to my car, thunder rolled above and a deafening crack of lightening played in a vast display across the heavens. Dark monsoon clouds released buckets of rain that filled streets, making gullies in the soil, and immediately chilling the air. It was July and the monsoon rains. For me it was a baptism, an initiation and welcome to the real and living desert.