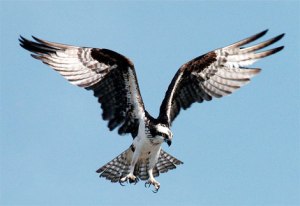 Mugil and his mullet horde swam vigorously in the bay exploring along its shores where tall tribes of saltmarsh cordgrass stood still and tall in the gentle waves. Ducks, herons, and other fish found refuge, food, and shelter in the marsh which drew the mullet families from the ocean to its teeming life and sweeter waters. The saltmarsh protected hundreds of birds, fish, amphibians, and mammals. 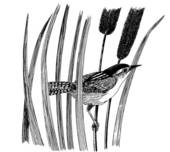 It was wintertime and the grass had turned brown and rotted below the surface of the water where bacteria and other microscopic life turned the dead stuff into food for many forms of life. Mugil’s round head and low mouth were perfect for sucking- up this delicious army of microbes. He gulped down the little snails and worms that got caught in the updraft into his mouth as he sucked along the stems and bottom of the marsh grasses.  Hmmm, hmmm, hmmm—this was good eating!

The mullet school swam vigorously toward the south end of Pensacola Bay Bridge where lay a slither of land named Deadman’s Island. It was surrounded by reefs and marshes that would provide Mugil and his family another great feast.  Long before on a fatal night, a British sloop wrecked upon the reefs of this island in a violent storm.  It sank to the bottom two hundred years before and gradually disappeared below the sandy bottom as waves swept sand over it.

Nearby the University of West Florida’s Archeology Institute students snorkeled and dove around the wreck to map its contours and recover sunken treasures. Mugil thought the divers were funny and he joined the crew, snorting around the places where they dug or measured, eating little tidbits of algae that grew on the old ship’s anchor and masts.  His mullet friends joined him to sail by the rotting barrel wells and shoot like bullets past the masks of the divers. However, sharks and dolphins also joined the curious onlookers, sending the mullet horde toward safer marshlands inshore.

It was on the way inshore that Mugil had his first real encounter with death. High above him and the mullet school there flew an osprey—a bird of prey. Its keen eyes spotted a moving shadow – the backs of hundreds of mullet swimming as one below. It turned its small head downward with its sharp curved beak ready to rip and tear flesh, its talons ready to grab a juicy fish for lunch. The bird folded its wings back and plunged from the sky at record speed right into the middle of the mullet where Mugil swam happily along unsuspecting of danger from above.

When the osprey hit him he was stunned and left helpless in the clutches of the giant bird. He felt himself lifted from the waters into dry air. Through one big eye he saw his tribe disappearing toward the reef and through the other he glimpsed the terrible form of his killer. Mugil’s gills flailed up and down for water and the sweet release of oxygen when suddenly he felt himself released from the tearing grip of the bird. He plummeted down, down, tail over head into the sparkling ocean that was his home.

Mugil lay motionless just below the surface until the return of oxygen to his brain and body allowed him to move his fins and right himself. He sped toward the shoreline unaware of the battle for the skies above him.