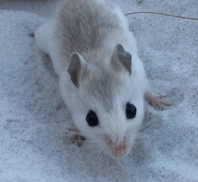 A beauty salon is a species phenomenon where conversation ranges from the benign to profound. Women and men find refuge under the warm flow of water, a rigorous scalp massage, fragrances of foam and cream. It’s time out with the conversation running this way and that, like rain water flowing over pebbles. In this “space” I recently heard a story which on the face of it seemed quite hilarious, making many within earshot howl. But as the story filtered through my consciousness it became profoundly sad.

The beautician was a twenty-something mom who described her childhood as “growing up in the safety of urban neighborhoods with houses, fences, and lawns.”

She and her husband and twins daughters moved into a new house near Big Lagoon State Park near Perdido Key on the Gulf of Mexico. Their home backed onto the state park. Apparently the previous owner had befriended a stray cat who literally came with the house when ownership changed hands. So the new family kept feeding the critter leaving bowls of cat food and fresh water on the back porch.

The first morning she opened the back door and screamed bloody murder. In front of her was the “biggest rat I have ever seen in my life.” Turns-out it was a possum helping itself to the cat food. She begged her husband to shoot it.

Later that month her husband left for his annual deer hunt in Alabama. Our storyteller described their cul-de-sac as a wilderness outpost. One night when she ventured out to empty the garbage, she noticed a hulking form creep across the lawn and assumed it was human, coming to steal, rape, and pillage. Frantically she gathered her kids in her bedroom and called her husband who was in the woods drinking beer around a fire about 300 miles due west. He told her to call the police. When she peered out from the darkened room, the moonlight revealed the intruder to be a large deer. Her husband broke into laughter. “I should have stayed home,” he exclaimed.

An ongoing problem was a raccoon who had taken up residence in the garage, fattened by the excellent fare left for the cat. It displayed a brazen attitude of entitlement, often lounging on its side on the cool cement floor. Not only did it not budge when she screamed at it, but stared unabashedly at her, rolling over on its back like a dog.

“These animals have no fear!” she said. “Our yard and house have become their habitat. They are so used to all the people at the park they are not afraid and they expect to be fed.”

The pièce de résistance was the discovery of a Florida Beach Mouse in her dryer exhaust. The beach mouse is infamous on Perdido Key, having blocked development by virtue of designation as an endangered species. Florida’s barrier islands are at risk from encroachment of sea water and the beach mouse turns out to be a key member of the habitat community that preserves the dune grasses which hold the sand in place.

“The beach mouse is not endangered,” she exhorted, “its taken up residence here…how did it get here?”

“Probably rode the drift wood over the Big Lagoon after Hurricane Ivan,” offered the lady getting her hair tinted golden blond.

Displaced, dispossessed, endangered—human, animal, and plant species are just trying to survive in urban environments where cat food is the fare and relationships askew.

The salon may yet prove to be fertile ground for research on modernity.

How Can Regenerative Farming Help with Carbon Drawdown