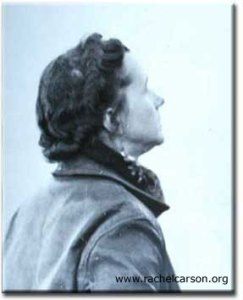 My writing practice began with love for nature writers. Rachel Carson in particular seized my imagination with her ability to combine science and lyrical language. No one in my view achieved what she was able to do–immerse readers in nature. Most of us know Silent Spring as her “manifesto” on the interconnections among humans, wildlife, and the earth. But, how many of you have read Under the Sea Wind? In this small book, her first, Carson writes life stories of three particular individuals: a Black Skimmer, a Mackerel, and a Sandpiper during one season bringing each alive as characters in a novel. The Black Skimmer (Rynchops), Sanderling (Blackfoot), and a Mackerel (Scomber) live, breed, avoid predators, and follow the urgings of seasonal changes, migrating, nesting, and feeding–all within exciting adventure writing. Readers dive deep into unseen lives nevertheless connected to them by large forces in seas, winds, and landforms. Under the Sea Wind is an immersion experience much like a 3-D visual experience today. Note: Under the Sea Wind was published about the time the U.S. was drawn into WWII. It was not until a dozen years later that it seized the popular imagination. For a superb biography of Carson’s life, read Linda Lear’s Witness for Nature, and for an excellent glimpse into Rachel Carson’s writing life, read Paul Brooks’ The Writer at Work.

Watch American Experience for the latest film about Carson’s life. It chronicles her writing and features the commentary of her biographers. 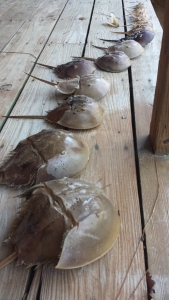 For a regional writer of nature, I can think of no one better than Jack Rudloe who writes about the Gulf near his home and Gulf Specimen Marine Laboratory and Education Center. Jack was inspired by Ed Rickett’s whose work and life were enshrined in the popular imagination by John Steinbeck. Jack Rudloe, the 19-year old would-be scientist and nature writer, corresponded with Steinbeck in the latter year of Steinbeck’s life. Read any of Jack’s books for a another immersion adventure in: The Living Dock, The Sea Brings Forth, and the Search for the Great Turtle Mother. Anne Rudloe, his wife and marine scientist, wrote books with Jack that are reminiscent of Carson in their deep love for and accurate science about the landscapes they love and defend. Anne Rudloe passed away in 2010, and Jack and his sons carry on as Titans for Nature–like Carson in Silent Spring.

Enjoy Jack’s video about his book, The Wilderness Coast.

If you have time to sit down to read the record of Ed Rickett’s and John Steinbeck’s travels in the Sea of Cortez–The Log of the Sea of Cortez–you will be treated to a glimpse into evolving ideas about ecology as an ethical basis for living. Then, treat yourself to the film Cannery Row with Nick Nolte, Debra Winger, and John Huston. John Steinbeck’s novel, Cannery Row, is based on Rickett’s marine supply business in Monterey, California when the coastline abound with sea life.

One thought on “Nature Writers for Earth Day”